Does stress affect your professional presentations?

A while back, I was offered a role in a show that I'd wanted to do for YEARS, in a great theatre, opposite a well-known actor. I was extraordinarily excited, and as such I wanted to get to work right away, as soon as I found out that I'd been cast. I'd waited to so long to play this role, that I was ready to go full speed ahead. I dove right in. I immediately started making iron-clad acting choices, taking copious amounts of notes- doing a ton of work. 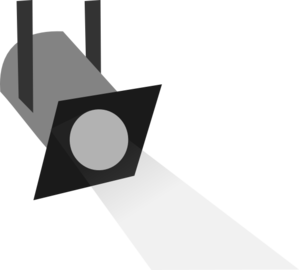 This was all before I even walked into the door for our first rehearsal. When I got into rehearsals, I found out that I was on the wrong track with the character. I started to get incredibly nervous and worried. I began writing pages and pages and PAGES of character notes to try and figure this out. I couldn't relax and do the work that needed to be done in the rehearsal process because the anxiety was keeping me from taking advantage of the process itself- I was completely ahead of myself and overwhelmingly concerned about "getting it right". While I did end up with a performance that the director really liked, it was a difficult road to get there.

That project was a big eye-opener for me. I am a firm believer in the rehearsal process, and how it can reduce nerves while ensuring that you are prepared with a solid performance. I know it works both in the theatre and on the presentation stage. As an actor, I'd been shown that the process was fool-proof time and time again, so what was the problem this time?

The problem was me.

The cycle that began- my over-analyzing, trying too hard, not succeeding, lather, rinse, repeat, was not happening as a result of the rehearsal process. I was working WAY too hard, rather than relaxing into things. I needed to stress less.

Part of the reason the rehearsal process works is in its name- it is a process. Taking it one step at a time allows you to build something at a pace that not only lets you be creative and innovative, but allows you to become more comfortable with your content, your blocking, your technology, etc. Jumping steps in the process, stressing over end results before you even get there, becoming "married" to decisions rather than open to changes can all result in high anxiety that can get in the way of achieving what you want. So, how did I learn to use this experience to stress less going into rehearsals? Here are a few discoveries that I think can be helpful with any professional presentation:

1. Be open to possibilities during development: I was so passionate about the character that I was playing that I started to make decisions in definitives: "She would never do that!" "That can't work!" "It doesn't make sense to do it any other way!" I was completely attached to the choices that I'd made about this performance before I even showed up to rehearsal. Not only was that putting the horse way before the cart, but it created a great amount of personal stress when these choices were not in line with the director's vision. Even if you've got some great ideas for your presentation in the early stages, remain open to changes or other options. This will not only allow you to find the best possible approach, but keep you from getting wrapped up in ownership issues about these ideas.

2. Take it one step at a time: I wanted to show up with a fully-realized performance. I had waited so long to play this part, that I wanted to go right to the end without including all of the steps to get there. That means I was trying to build an entire performance without even meeting anyone else on the production! Big mistake. Being focused only on end results, rather than where you are in development, means that if something isn't working you have to go all the way back to square one. Be where you are in the process; it will allow you to make tweaks to your presentation, rather than having to completely scrap something that got ahead of itself. It is important to have an idea of where you want to end up- just try to avoid going straight to the end without the stops along the way.

3. Think less: Or at least with less stress. The more concerned, frustrated and nervous I got, the more I started to stew over every tiny moment and choice. I was thinking so much about solving this problem and getting it right, that I stressed myself out and started to feel that I couldn't make any choices at all. The key that I discovered? It helped to walk away from it, rather than agonize for hours. Hit a point in your rehearsal process or presentation development where the stress factor is making you immobile? Give your brain a refresher and walk away from it for a while. Spend a few minutes in the break room, get on a treadmill, focus on another project- whatever it is, just let your mind go somewhere else for a bit. The good news is, we all know how big ideas can pop up when we least expect them, and clearing your mind just might help solve the problem.