We're pleased to bring you another Blog Exchange, with thoughts on Multicultural Etiquette in the workplace (and beyond!) from Guest Blogger (and Friend of Ovation) John Buxi. As a Strategic Communication and Diversity Leader, John brings his knowledge (and great sense of humor) to today's leaders as well as tomorrow's emerging professionals. You can check out his blog, or follow him on the Twitter, @JustaSymbol. Thanks again, John!

What is Multicultural Etiquette?

The roots of the word ‘etiquette’ lie in the idea of ceremony in behavior, a code of manners and rules of the court. So already then, we have some culture-specific rules of how to treat specific people, on specific occasions, in specific settings. In 21st-Century America, we’ve got a whole lot more going on with the ‘specific people’ part of it.

On the face of it, Multicultural Etiquette would appear to be a code of behavior that adapts, seeks to empower, honor and seeks to include people of diverse backgrounds in a setting without consciously or inadvertently invalidating their personhood.

Sounds great- quite flowery and poetic even. But how do we apply it?

2. Be wary of names and Assumptions of Power

So let’s say Colin from HR is a team leader, ready to meet his opposite number from another company, Mickey. Having exchanged emails, Colin already likes Mickey, ‘he’s a swell guy!’, only Mickey turns out to be a diminutive female.

Colin’s fumbling (poor guy!) adjustment to greet a female rather than male counterpart would undermine Mickey’s hard work in ‘beating the odds’ to become a leader on her own merit- in that it is ‘odd’ for Colin that she is in a leadership position.

We make Colin’s mistake all the time- he assumed his superior would be a male (given the unisex name) and also found it hard to see her as an authority figure because of her shorter height. It’s called Gendering, where everything from professions, to ranks, to inanimate objects are metaphorically or literally marked. One is for boys/men, the other for girls/women. And yes, the binary model of gender is seen by many of us as the norm.

Somewhat connected to this, there is an innate desire in us to ‘know’ the sex of the other- and it frustrates us when people don’t yell “it’s a boy!” or “it’s a girl!”.

So again, what does one do? How’s this:  unless an obvious clue is available like the Salutation- Mr/Mrs. – just leave a ‘blank’ in your mind where ‘male/female’ would have resided. It will fill itself in good time.

Side note: Social Media can help nowadays in ‘stalking’ one’s prospective clients etc., but many folks either block their accounts or remove photos. Leaving only guesswork!

3. Conscious ‘Priming’ of the mind

So then, we're talking about the adaptation of behavioral codes to a variety of different people, right? But doesn’t that make it hard?

Reality check: we struggle to know a lot about different cultures. That does not mean, though, we cannot be Culturally Sensitive. What if I told you that there’s a simple way to adapt to multiple settings and people, without necessarily knowing everything about them to begin with?

‘Priming’ is the sometimes unconscious setting of the mind to act a certain way- for instance, if we are exposed to much information about seniors, we can start to take on their characteristics. So instead of letting ourselves be subservient to the mind, why not take charge of the Priming process?

When building business relationships, be it on a phone call or a face to face meeting, prime yourself with an affirmation like ‘I come in peace, I seek Community, I Respect you.’ Such an affirmation gives a Buddhist-like Mindfulness, an ability to react as needed, leaving less chance for surprises that one’s Boss is of a different race or gender. Oh, they may still be, we just won’t be caught unawares.

Bottom line, it won’t be awkward.

4. Let each action and nonverbal message echo this Affirmation

Start with the handshake.

Male-centric workplaces have a dominant-hand first, strong handshake, meant to display confidence. Often though, this can be detrimental- in an increasingly low-power distance work culture where everyone is part of the team, strong handshakes can put off more introverted individuals and come off as ‘seeking dominance’.

So how to balance the handshake without ‘ruining’ it?

The base of your thumb should touch theirs, the tops of your three rightmost fingers should gently but firmly lock on the lower side of their hand, and with your thumb and last three fingers controlling, let THE OTHER person guide the pressure. If they want a ‘warm and friendly’ handshake, reciprocate. If they go for a classic firm, so be it!

Finally, the main time we let micro-aggressions slip out is during ‘meaningless’ conversation, trying to get to know the other and pass the time.

The same can be extended to race and ethnicity, and wanting to know things about the other person: I have myself been asked “What are You?” in clumsy attempts to know “where I’m from”. In case you’re wondering- I answered : “Um, Human?”

It comes from ignorance, perhaps innocence, and may even pose an opportunity for education and learning.

Yet, this type of seemingly innocent question always poses to the other, usually nonwhite person, the role of the ‘outsider’ or permanent foreigners in their own land.

So you may wonder, how else to break the ice? How to be ‘normal’ with someone? Or, worse yet, what to do about the burning question I have inside?

a)    Pay a compliment that is not specific to their culture.

Sounds trite? Try it once. Their smile, their dog, their cellphone, the book they’re reading. We trip ourselves 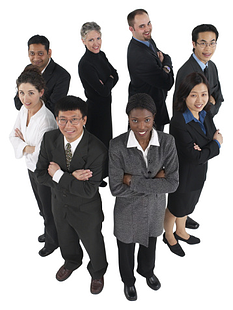 up when we try to ‘be cultural’ and compliment an African-American woman’s hair, or an Asian-American person’s food. In either case, there may be deeply important codes of discourse we have no idea about. So when starting out, make a friend and ask about candy, ice-cream and video games. Especially video games.

b)   Nod appreciatively when the other person talks, with mostly consistent (not too strong) eye contact.

Different Cultures have different rules on eye contact- and codes of hierarchy based on age, ethnicity, and religious divisions. Not easy to keep up with. So, play it safe with nodding, and measured eye contact (adapt based on if they reciprocate, just like in a handshake).

c)    Let THEM be the ones to bring up their Culture first- then PLAN how to ask a question.

Once they do, your ‘burning questions’ need a preface- one that apologizes beforehand and establishes your desire for knowledge and friendship- like our affirmation from before: ‘I come in peace, I seek Community, I Respect you.’

Even then, whether it is a story, a stereotype, or any notion you seek confirmation of- first ask it to yourself in your mind. Does it sound ‘messed up’? There’s your answer.

Then, after self-checking, sandwich your question between “I might be totally wrong” and “is any of that true?” or words to that effect. These qualifiers ensure you are accepting the chance of being wrong, and that you seek only education. Two very important things!

In the end, we mess up all the time. Me included. That’s why we apologize, but continue nonetheless, asking better questions in a more respectful, cordial tone.

As John says, "Learning Multicultural Etiquette is not summed up in a blog post or even several." Feel free to share stories or ask questions in the comments below. We, as well as John, would love to hear from you! 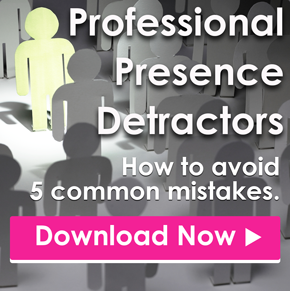