How to Improve Presentation Skills with Your Own "Silent Movie"

Currently, in my acting career, I'm working on an exciting show about the lives of two of the greatest stars of the silent film era — Mack Sennett and Mabel Normand. They were both responsible for hundreds of films, in front of AND behind the camera. Director Mack Sennett has been referred to as "The King of Comedy." Mabel Normand, comedienne extraordinaire, was so popular at the time that the modern equivalent of one year of her earnings would make Kim and Kanye blush. They were at the top of their game.

As part of my research, I've been watching a lot of their films — all silent. We sometimes tend to think of silent era films as simply overwrought melodrama; indulgence in acting to make up for the lack of voice. Sure, on occasion that's true. But if you really spend time with some of these pictures, you discover that's far from the norm.

I've been repeatedly struck by one thing while watching: how easy and clear it is to follow the storyline without speech. Anyone who's spent time viewing silent films knows that there are title cards — text-based frames used to give pertinent information. But other than that, the weight of the storytelling lies with the actor's ability to communicate completely without sound.

How often have you muted your television while doing something else, or been able to see (but not hear) a film playing 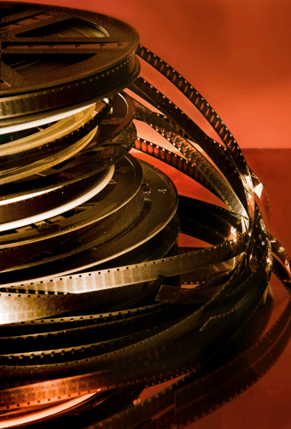 in the distance, and wondered, "What the heck is that about?" The advent of "talkies," pictures with sound as we know them, made the silent films obsolete. With them disappeared a reliance on physical communication — a good thing for naturalistic acting, but a loss for body/voice connection, in some ways.

This notion of clear communication without words got me thinking — how often do we rely SOLELY on our content to connect with our audience? How many times do we just "park and bark" on one spot on the stage, and hope that the words carry on their own? How often do we completely dissociate from the physical?

Anyone who's studied how to improve presentation skills has probably stumbled on that old-faithful study from Mehrabian that emphasizes the importance of the physical when it comes to your message. Debate if you will, but we see time and time again the effect that a strong physicality and clean use of movement has on an audience's ability to retain, follow, and engage with information.

Here's an exercise to gauge whether or not your body is supporting your message.  Make your own silent movie. Record your presentation rehearsal, or have a colleague make a video of a presentation you're giving. (Come on, we've all got the technology now!) Play it back without the sound. Try and disregard what you know you are saying, and just watch your physicality.

A few things to watch for:

Don't worry, the point is not to turn you into a flapping, flailing, fainting silent film star. But what your silent movie SHOULD tell you is whether your physicality is supporting, or fighting with, your content. If you turn off the sound and think "What the heck is happening there?" rather than "Oh! This is the section where I'm empowering the crowd to try the new system," something may be wrong. Analyze your physicality. Hey, do this exercise more than once with different presentations, and see how you can improve. Then, tip your cap to the actors of the silent film era, and all that they could say with a gesture, a movement, or a glance.

Let us know the results of your silent movie in the comments below! 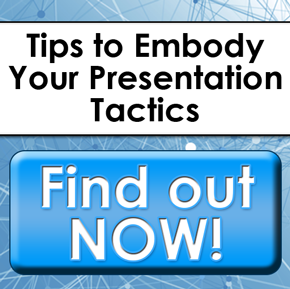