How to Use the Principle of Consistency in Professional Presentations

There is a new, popular wave in fitness- the 30-Day Challenge- in which you "challenge" yourself to commit to 30 days of a certain workout to (hopefully) good results. Pretty self explanatory, and a good endeavor to undertake on your own. However, there is a smart option through the 30 Day Challenge website. You are encouraged to share your commitment publicly- to sign to your commitment on the electronic dotted line through social media. Fitness centers and trainers have long touted the power of making your commitment to health public as incentive for people to "stick with it". In doing so, they are taking advantage of the Principle of Consistency.

In essence, those fitness professionals are attempting to persuade their clients to continue on their prescribed regime based on the idea that people have a greater tendency to honor their commitments when they put them in writing, make them public, and do so of their own free will. Robert B. Cialdini discussed this tendency in his article "Harnessing the Science of Persuasion", and called it the Principle of Consistency. He sites this study:

"Israeli researchers writing in 1983 in the Personality
and Social Psychology Bulletin recounted how they asked half the
residents of a large apartment complex to sign a petition favoring the
establishment of a recreation center for the handicapped. The cause
was good and the request was small, so almost everyone who was
asked agreed to sign. Two weeks later, on National Collection Day for
the Handicapped, all residents of the complex were approached at
home and asked to give to the cause. A little more than half of those
who were not asked to sign the petition made a contribution. But an
astounding 92% of those who did sign donated money. The residents
of the apartment complex felt obligated to live up to their commitments
because those commitments were active, public, and voluntary."

Those three words are very important- active, public, and voluntary. They are the parameters within which we are more inclined to abide by our agreement; to have consistency in our actions. We feel obligated enough when we've voiced our support (voluntarily!) in front of others. If we follow the study above to its logical conclusion, should we sign our name as well, the overwhelming majority of us will keep our word. 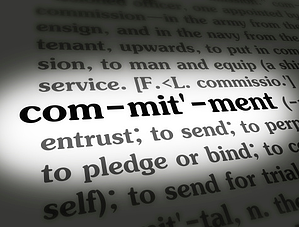 Consistency might not be as easy as committing to a fitness challenge, but it certainly is doable. It will require you to embrace the interactive possibilities inherent in professional presentations, in order to encourage your audience to take the first steps toward commitment through a consistent behavior. Here are some things you can try:

1. The old "by a show of hands" trick: Especially in a large presentation, getting an audience of hundreds to profess support publicly can be difficult. However, if you ask your audience to raise their hands in agreement with an idea, you give them the opportunity to show their support in front of others. Try something like: "By a show of hands, how many people would take this course of action?" Take it one step further by asking your audience to leave their hands raised and look around the room at the others who agree. Suddenly, they've made their commitment public.

2. Get something in writing: Sure, you probably don't want to hand out a petition of support at your next presentation. But just as with a fitness challenge, social media has become a tool where people can throw their name behind an idea. This is especially useful when presenting at a large conference- encourage people to reach out to you or discuss their thoughts via social media. This will give you a virtual list of people who are potential supporters. Follow up with these people post-presentation to further persuade them to take action.

3. Keep things voluntary: Remember, no matter how persuasive your speech, you can't bully your audience into action. Pressure people in a small presentation setting to sign their name in support of something and the Principle of Consistency can backfire. When all is said and done, people must still make their own decisions. However, encouraging others to voice their opinions (for OR against) during an open-ended portion of your session is a great way to see who will come out in favor of your ideas publicly and actively, while keeping it voluntary. Chances are, thanks to the Principle of Consistency, that word just might be kept.

Looking for more of our thoughts on Cialdini's Principles of Persuasion and how you can use them in your next persuasive speech? Read about the Principles of Authority and Scarcity! 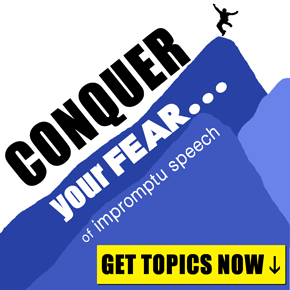 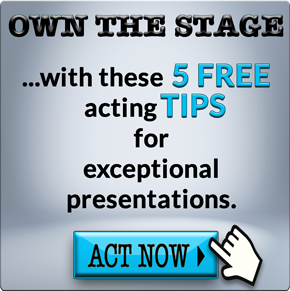