Professional skills can be scary business. Whether you're overcoming stage fright, confronting technology fears, or trying to embrace some Halloween fun, we've got something for you in this ultimate blog post collection. Enjoy!

1.  Why We Adore Joe Kowan's Presentation on Stage Fright at TED

Joe Kowan's presentation on how he exploited his stage fright in the name of overcoming it.

“And I’m not making fun of a nurtured, irrational fear
And if I wasn’t ready to face this I sure as hell wouldn’t be here
But if I belt one note out clearly
You’ll know I’m recovering, slowly but surely.”

-from "The Stage Fright Song" by Joe Kowan
I've been auditioning far longer than I'd like to admit. If I did admit it, I'd have to follow that admission with a justification that I absolutely began auditioning in utero. It's been a long, long time. People often ask me, "Doesn't it get easier? By now it must be old hat." Sure, I tell them, somethings get a little easier. Some things don't. 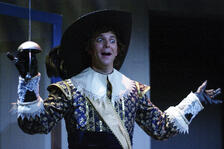 Team Ovation shares some of their favorite costumes from on and off stage!

In the spirit of yesterday's festivities, we thought we'd share some of our favorite costumes from our work on stage. As Professional Actors, we have to dress it up A LOT, and each costume we've had comes with a story behind it. Get to know Team Ovation better with a walk through some costume favorites.

3. What do TED, Musicals,& Stage Fright Have in Common? 10 Tips/TED Video

Genetic Scientist Daffodil Hudson studies the genetic factors that influence shyness, stage fright, and performance anxiety- she suffers from them herself. If that wasn't cool enough, she and the folks at TED wrote a mini-musical about overcoming the presentation anxiety involved in giving a TED Talk. 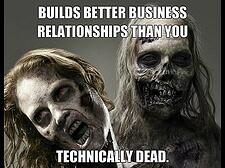 Was your head so buried in work that you forgot your office was celebrating Halloween? Did you show up at what you thought was just party to find everyone in costume? Don't worry, you can save yourself from epic failure.

5. Overcoming Stage Fright? You're Not Alone

We talk a lot about the idea of overcoming stage fright, and how  there is no need to stress yourself out further in a mad attempt to "conquer it." What's important is that you acknowledge it, channel it into something useful and rehearse your content so you are as prepared as possible. Bring prepared is the best way to ease that sinking feeling of performance anxiety, which may always be creepingly present.

The scariest thing of all? Giving a presentation.

Everyone knows the story- statistics have shown that people fear public speaking more than anything else, even death. Now THAT’S a lot. But what are we actually afraid of? In honor of Halloween, here are some things that may keep you quaking in your boots when you present - and what to do about them.

7. Why You Need to Be Fearless in a Storytelling Speech

Effective business storytelling in a professional presentation requires being fearlessly YOU.

Team Member Tom Frey shares how he encouraged one participant to tell a story she thought wasn't worth telling, to positive results.

8. Presentation Training: Let the Costume do the Work 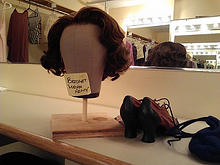 Your wardrobe is a big part of presentation training.

There is an old joke among actors when it comes to their costumes, especially in a difficult piece. Knowing that what they wear will influence everything about their character, actors often joke that when it comes to a tricky moment, they will “let the costume do the work”. Donning a corset, or knickers, or elevator shoes, or a two foot wig will obviously inform the choices an actor makes about how they sound and move.

9. Self Awareness Activities: My Fear of Breaking the Internet 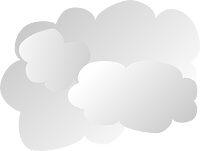 Some unexpected self-awareness activities helped me realize my digital fear.

I'll admit it- I'm afraid of breaking the internet.

On some level, I'm convinced that one misguided click (Done out of — what? Stupidity? Inattentiveness?) will cause the whole thing to come to a screeching halt. That I'll be the one that pulls the big plug on the whole operation. 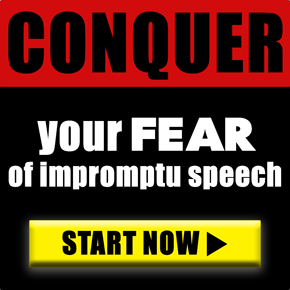 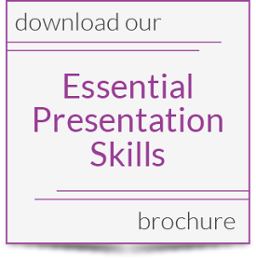