Presentation Skills Training: When is Data More Than Data?

Regardless of the size of your data (big, small, or somewhere in between), chances are you're dealing in numbers, facts, and statistics for a large portion of your day. There are numbers we love ("That last big quarter? Show me THOSE numbers again!"), numbers we can't bear to see, ("That's the size of the cutback?!") and numbers we aspire to and dream about. ("THIS is where we're heading.")

Data often decides things for us:  what movies we might enjoy, what ads pop up on our computers, which "exclusive offers" we'll receive in the mail. It's simplistic to say it's all around us; more and more, it IS us. Down the road, perhaps we'll be saying that while the human body is made of 90% water, humanity is also composed of an infinite amount of data-point numbers. (Surely not too far down the road...)

But when is data more than data? 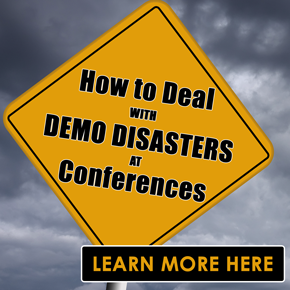 Occasionally, people feel that straying from cold, hard facts lessens the importance of what they have to say; that somehow, a "human interest" factor in the discussion takes the gravitas away from the information: "Serious business is serious. We don't tell stories, stray from numbers, or discuss people."

But for people to relate to (and remember!) your numbers, you've got to humanize them.

How can you humanize your information, and make your data more than data? Here are some presentation skills training ideas for you to try:

1. Visualize it: Instead of filling a slide with numbers and charts, try filling it with a supporting image. I was recently chatting with a former ad executive who was bemoaning slides of data-heavy charts filled with "tons of multicolored lines- what is that? 2008? 2009? What does that say?" But what if you could come up with an image for your audience that could set the tone for you? Be brave and try selecting a representative image to back up your data, rather than an overblown chart. Encourage your audience to listen to you and your words, rather than get lost in a sea of visual numbers.

Not feeling brave enough to go bold with a way out-of-the-box image? Boil down that chart. For example, showing results for a great quarter? Summarize it visually with an up arrow and the most important number in the chart. Let you, the human speaking, communicate with your audience to fill-in the rest.

2. Give it a human face: Yes, we talk about storytelling all of the time, but it is a boon to big data. Stories help your audience relate to and remember your information (in fact, they are 20% more likely to remember facts wrapped in a story...), and they give the audience a moment to refresh their minds with a break from 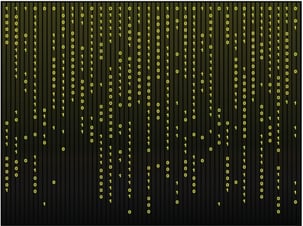 stats. Stuck as to what story to tell about your numbers? Try:

3. Break the fourth wall: Actors talk about the concept of "the fourth wall" — the accepted convention of an invisible barrier between someone on stage and the audience. No doubt you've felt it any time you've stood in front of others to speak — even though it's not a real, physical thing, you can feel the separation between speaker and listener.

When actors speak directly TO the audience, they call that "breaking the fourth wall." They're cutting through the invisible barrier of the stage and connecting with the actual audience in the theatre, not just the other actors in the play.

To humanize data-heavy info, you should ALWAYS be breaking the fourth wall. If you are presenting, and you feel shut-off from the rest of the room by either a physical barrier (a lectern, for example), a lack of eye contact, or negative body postures, you've missed out on making a human connection. Step out from behind the barrier, open up your physicality, and deliver that content right in the eyes of your audience. Suddenly, you've gone from a removed and distant number drone, to a human face behind your important information.

Do you deal in data? How do you ensure that your message is received? Let us know in the comments below: